Understanding Synergies In M&A Transactions And Why They’re Important

The prospect of achieving synergies in M&A transactions is an important driver of value. The concept of a synergy is the idea that two companies when combined are worth more together than they are when valued separately.

For example, if Company A and Company B are worth $200m and $50m on a stand-alone basis respectively, yet when combined through an M&A transaction are valued at $285m, there is a synergy of $35m.

In any deal, understanding the potential synergies in M&A transaction is important to both the buyer and the seller. For an overview of CFSG’s M&A services, please click here.

From a buyer’s perspective, synergies influence the maximum price they can afford to pay for a company. In the example above, the value of Company B on a stand-alone basis was only $50m. However, with synergies, it was $85m. So, Company A could theoretically afford to pay more than $50m and still have the deal make economic sense.

From a seller’s perspective, understanding the potential synergies that a purchaser may be able to extract from a transaction, provides a basis for negotiating in favour of a higher purchase price. Company B could argue that it is worth more than $50m because of the $35m in synergies that it offers Company A.

There are broadly three different types of synergies in M&A transactions to consider.

A revenue synergy occurs when two companies are combined and as a result can sell more products &/or services in total than they would have otherwise achieved separately. In other words, if Company A had revenue of $600m and Company B had revenue of $70m, yet when combined, revenue was expected to climb to $700m, that implies revenue synergies of $30m.

An example of a revenue synergy can be found in the justification for Facebook’s 2012 acquisition of photo sharing site Instagram. At the time of the acquisition, Instagram reportedly had zero revenue. However, Facebook believed that combining the two sites would create significant revenue opportunities or synergies. 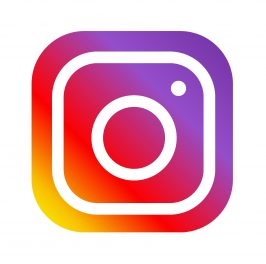 These revenue opportunities included but were not limited to:

In addition to estimating the quantum of expected revenue synergies, it is also important to consider their timing. It may be that total revenue synergies of $30m are expected with, say, 50% to be realised in the first year of integration and 50% in the following. Note that if revenue synergies are anticipated to take five or 10 years to flow through, they are probably illusory.

Estimating revenue synergies in practice can be challenging because it is a forward-looking exercise and, therefore, inherently speculative. However, it is an important exercise to go through for both sides of a deal and it is one that often lends itself well to scenario analysis with various cases from ‘zero synergies’ through to the aggressively optimistic being modelled.

It is also worth mentioning that in trying to quantify the value of revenue synergies in an M&A transaction, particularly for the purchaser, it is also important to explore possible revenue attrition that may stem from a deal.

Revenue attrition is revenue that is lost because of a M&A transaction and the integrating of businesses. In the Facebook example above, if Facebook theoretically started forcing its users to create an Instagram account and this turned users off Facebook, any revenue that was lost would be revenue attrition.

The second kind of synergy in M&A transactions is cost synergies, which represent the opportunity to reduce overall costs because of combining businesses. There are several common ways in which companies seek to extract cost synergies through mergers and acquisitions, including:

A good example of cost synergies is captured in the Nine Entertainment Co acquisition of Fairfax. In an independent expert report (IER) prepared for Fairfax shareholders, at least $50m in cost savings were identified that were anticipated to be fully realised within two years under the deal.

The cost synergies, according to the IER, included the costs associated with IT, media sales and corporate overhead.

What is also important to recognise is that integrating businesses takes time and typically results in incremental expenses such as the cost of paying redundancies to surplus staff, remediating sites, systems integration, staff training and so on. Indeed, that is why an entire industry around post-merger integration has emerged.

That is why cost synergies should always be considered on a ‘net’ basis.

The final type of synergy in M&A transactions are financial synergies, which relate to a company’s cost of capital – the costs the company needs to meet to secure the various funding sources it requires to finance its business.

When a smaller company seeks to borrow money, the lender will charge a given interest rate to compensate for the risk attached to the loan. All things being equal, when the borrower merges with a larger business, the interest rate it will be charged should be lower in recognition of the larger balance sheet and cash flows supporting the loan.

This will, clearly, not always be the case, but it is a possible synergy that might flow from an M&A transaction.

Private Equity and Synergies in M&A.

Synergies in M&A are an important consideration when a seller is fielding offers from both strategic buyers (industry players) and private equity firms.

For a detailed introduction to private equity, please click here.

It is commonly accepted in mergers & acquisitions that strategic buyers are often more willing and able to pay a higher purchase price for a company than private equity firms because of their ability to unlock synergies.

Generally, a strategic buyer will already have existing operations within a target company’s industry and will, therefore, be well placed to rapidly implement cost saving measures from the deal. The exact size and scope of those cost-savings will always depend on the specifics of the two businesses, but they will generally be higher than those available to private equity firms.

Synergies are an important aspect of merger and acquisition transactions and need to be carefully considered when planning the sale of a business. If you would like to have a confidential discussion about how CFSG can assist you in successfully preparing for and completing the sale of your business, please contact us.