This article about the failed WeWork IPO was written by CFSG Associate Director Jason Rose and originally appeared in SmartCompany.

The recent decision by The We Company, parent of shared working space operation WeWork, to pull its high-profile IPO has led to a massive outpouring of vitriol against the business and its high-profile co-founder, Adam Neuman. 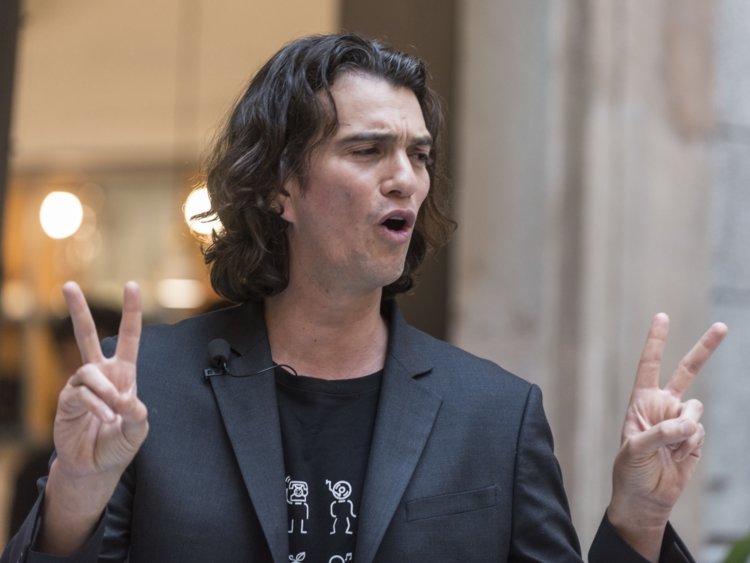 Neuman, who started WeWork in 2010 with a single building in New York and built it up to over 500 sites globally in less than a decade, has been on the receiving end of a character assassination usually reserved for the worst of corporate miscreants.

Whether the criticisms of WeWork and Neuman are justified is a matter of personal judgement. Nevertheless, the broader lessons for managing the risks of building a start-up, particularly one headed by a charismatic and ambitious founder, are universal.

There are even – bizarre – reports of Neuman’s wife, the company’s Chief Brand & Impact Officer, sacking staff members within moments of meeting them because of the “energy” they were emitting.

While the reports of a poor culture at WeWork are not to be admired, they are certainly not unique in start-up land. The culture at Uber, for example, was deemed to be sufficiently horrendous that the company’s co-founder and then CEO, Travis Kalanick, was humiliatingly forced out back in 2017.

Beyond the criticisms of WeWork’s culture, there is a lot of anger at Neuman for the way in which he was able to raise billions of dollars from investors at outlandish valuations.
For example, SoftBank, the Japanese conglomerate, tipped a further US$2.0b into the company back in January. That investment valued the business at US$47.0b and took SoftBank’s total investment in WeWork to US$10.5b.

The parties are now reportedly and unsurprisingly at each other’s throats with Neuman stepping down.

A key question being asked is how a seemingly sophisticated investor like SoftBank could be talked into investing so much money at such high valuations into a company that was losing billions and simply operating a shinier version of an old and widely criticised business model.

As expected, blame is being directed in part to the investment bankers who earnt millions in fees helping to drive the business towards its now shelved IPO.
Interestingly, while Wall Street probably does deserve its share of criticism, it must be remembered that it was the large financial institutions pushing back hard against the IPO’s pricing that spared mum and dad investors from being able to buy into a likely dud stock.

So, what are the lessons that can be learned from this saga?

On the one hand, Neuman should be admired. He spotted a trend – the rise of early-stage tech companies – and an opportunity – the collapse in commercial real estate prices due to the GFC – and got cracking building a global business and brand.

He also had the requisite charisma and chutzpa to convince investors to back him with mind-boggling amounts of capital. And therein lies the problem.

WeWork and Neuman were like a spoilt child. No-one ever said “no” to them. Private jet? Sure, darling. You want Run DMC to perform at a staff gathering? For you, anything! You want to take hundreds of millions of dollars off the table ahead of the IPO? Sure, you deserve it.

Neuman was enabled. He was enabled by investors and advisers who were desperate to get in on the next big thing, and the way for them to do that was by throwing more and more money at ever higher valuations at both the company and its founder.

No-one ever said, “no.” No-one except for the public markets that eventually said enough is enough. Some pretty ugly asset write-downs are now about to follow.

Being willing to say “no” may not get an investor or an adviser to the front of the queue on the sexy next big thing, but it can do a lot to protect capital and reputations down the road.
The best founders and start-ups – indeed, the best businesspeople in general – invariably keep things lean and hungry and don’t get seduced by the trappings of wealth and success.

One of my favourite stories is of Inghams Enterprises, the Sydney-based poultry supplier and producer. The company was started in 1918 with six hens and a rooster. Today it is worth over $1.0b.

I wonder if The We Company will be publicly listed in 100 years.